Parents, Players, and Refs Not All Seeing Eye To Eye at MYB 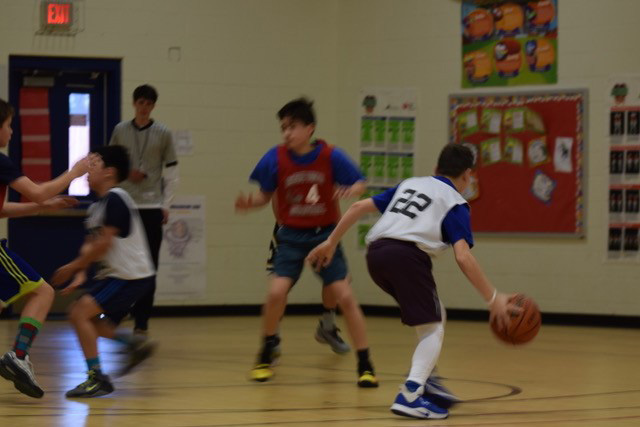 The referee stands patiently on the sideline, whistle in hand, watching the action at an MYB game.

Being a referee can be tough at the best of times, but 2019 was a rough season to be a ref for McLean Youth Basketball (MYB). Arguments between parents and referees were a regular occurrence.

Referees are the people who call fouls, travels, and violations. The best of the best are in the NBA. Even at the professional level, they can make mistakes from time to time, so it isn’t surprising that MYB refs, some of them high school students themselves, could use some improvement. But parents and players need to back off a bit as well.

Most disagreements involve refs who miss calls that players and fans believe are obvious. Another parent concern is when they feel a missed call puts players in harm’s way, while others think refs are calling too many fouls causing the game to move slowly.

One parent, Derek M., argued with a ref this season when he felt the ref was letting the game get out of hand. “There have been many bad calls, and some refs appear to not pay attention during parts of the game,” Derek said, adding, “Players could get hurt.”

As a basketball fan, Derek believes he knows the difference between a good ref and a bad one.

“This year, there have been more bad refs than good refs, but at the end of the season, it got better,” said Derek.

Scott Barnes, an official board member of MYB, acknowledged that there are ways they’d like to help their mostly high school-aged referees improve. “The kids are in a position to fail because they are not getting trained enough,” he explained. “That’s why I think it would be a good idea to hire more adult professional refs and put them in a designated school and have the kids as a backup to the main ref.”

Shawn L. is a referee for MYB who has been taking a lot of heat for just being a ref. He is a high school student and is actively training with MYB to get better at his job.

“I love being a ref,” said Shawn. “I don’t think parents and kids actually know how hard it is to be a ref.”

I have been on the court with some of the players at MYB, and I have witnessed some of the harsh things they say to the refs. I overheard one player say, “You don’t care about the kids; you are only here for the money.”

Shawn disputed that statement, saying, “Of course I care about the kids and the game, especially the younger kids.” Part of the joy he takes in his job is teaching young players how to play the game.

Despite the disputes, Shawn believes that being a ref is fun, and he thinks that there are a lot of opportunities to be a ref for McLean Youth Basketball.

In conclusion, it is hard to be a ref, though some refs do need improving. Parents and players also might need to be a bit more patient. Once the league is able to reopen after the quarantine is lifted, everyone might be more willing to work together to keep the game fun for young players.