The Longfellow Lead • May 24, 2022 • https://lmslongfellowlead.com/2050/features/draft-aspirational-longfellow-students-take-on-the-olympics/ 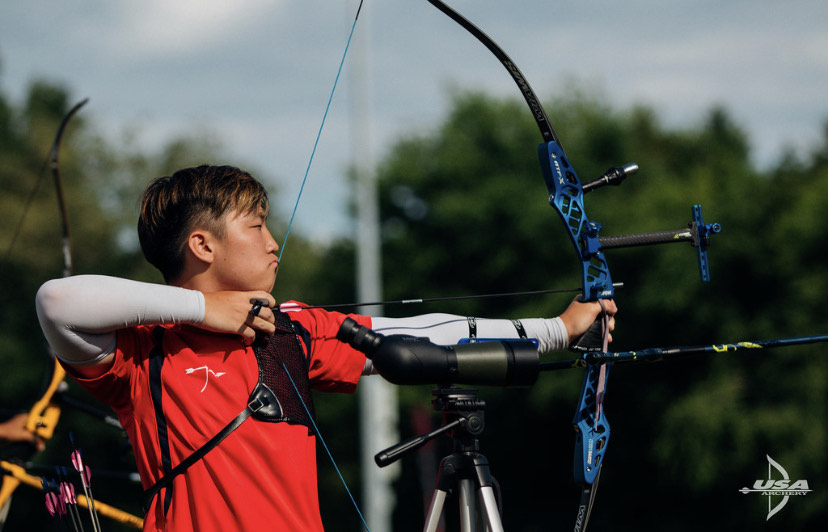 Isabelle V. is an LMS student with Olympic dreams. Isabelle is a swimmer and would like to make it to the Junior Olympics, but to get in, she needs to focus on speed. She has a plan to get there.

“[I’m focusing on] small goals that are achievable to me,” she said.

Some of Isabelle’s more near-term goals include making it to the McLean swim team and getting a scholarship to UCLA.

She practices three days every week, but that’s doable because she loves being in the water.

“I have ADHD, and when I go in the water, I can really just be,” she explained.

Chris R. is also an LMS student with dreams of going to the Olympics. Chris’s sport is archery.

“I like the competitiveness of it, the way you can apply it in real competitions,” said Chris. “And the mental game of it is cool.”

To attain his goal, he practices 3 to 4 hours a day and has two lessons with his coach every week.

Chris has very ambitious goals outside of archery, too; he is applying to Thomas Jefferson high school, a very prestigious school located in Alexandria, Virginia. He also wants to go to Harvard.

Chris has mapped out his route to the Olympics. First,  the United States Archery Team for his division, then the World Archery Championship,  ending in the  2028 Olympics in LA.”