The Longfellow Lead • May 25, 2021 • https://lmslongfellowlead.com/1367/community/vaccines-open-up-for-longfellow-students/

Vaccines Open Up for Longfellow Students 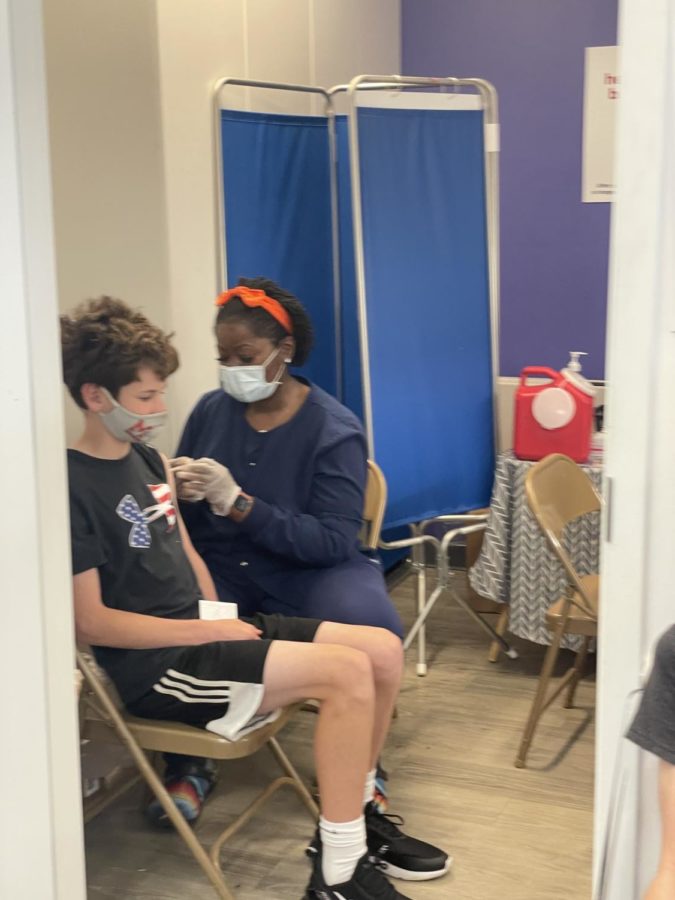 Carter C. left school early on the first day shots were available to 12 to 16-year-olds. He was excited to finally be vaccinated.

Tension among students was noticeably less after the FDA authorized the emergency use of Pfizer’s vaccine for 12 to 15-year-olds as of May 10th. Carter C. excitedly announced that he was getting the vaccine on the first day it was available.

“Now my parents will let me go inside other people’s houses and do a lot more things,” said Carter. “I’m pretty excited about that.”

Carter is happy to be on his way to immunity and isn’t worried about any side effects from the vaccine. “It doesn’t hurt at all!” he said. He described minor arm pain for a few hours, and that was it. In fact, Pfizer has even stated that the vaccine was 100% effective for 12 to 15-year-olds during the clinical trials.

Students anxious to get their shot have different options.  Vaccines.gov, which is CDC-approved, will find both Moderna and Pfizer vaccines near you. Simply enter your zip code, and enter the maximum search radius you’re willing to travel. Once you find that, you can click on the location you want to get the vaccine and schedule your appointment from there. Common locations for vaccines can include places like Walmarts, Pharmacies, and other grocery stores. The vaccine is also becoming available through doctor’s offices, so it might be as simple as a trip to your regular doctor.

Getting young people on board will help with the newest hurdle facing health officials. The issue has shifted from vaccination sites lacking supply to vaccine sites lacking demand. Across the country, mass vaccination sites are starting to close due to a lack of consumers, and some counties have stopped requesting more vaccine shipments. It’s gotten so troublesome that some experts are uncertain if we will ever reach herd immunity. It’s vital that the youth and other groups get vaccinated to achieve herd immunity and put an end to this pandemic.

According to two people who have experienced the virus first hand, their families both got it because they were in crowded areas. One of them was at church, and the other got it from their family when they were at the gym. Even after receiving the vaccine, it is advisable to avoid crowded and indoor areas when you can to slow the spread of the virus.

The vast majority of states are beginning to mitigate lockdowns. States like Texas, Oklahoma, Arizona, and Florida have even decided to go as far as to lift restrictions like mask mandates. As for Virginia, the state has chosen to ease restrictions as limits on social gatherings indoors will increase from 50 to 100 people. Indoor amusement centers can have up to 1000 people at 50% capacity at once. The Virginia Department of Education has focused on gradually increasing in-person learning for as much as the capacity allows.

Still up for debate is whether the vaccines will be required for students before the start of next school year. FCPS has not made any such request, but doing so could go a long way to getting everyone vaccinated.