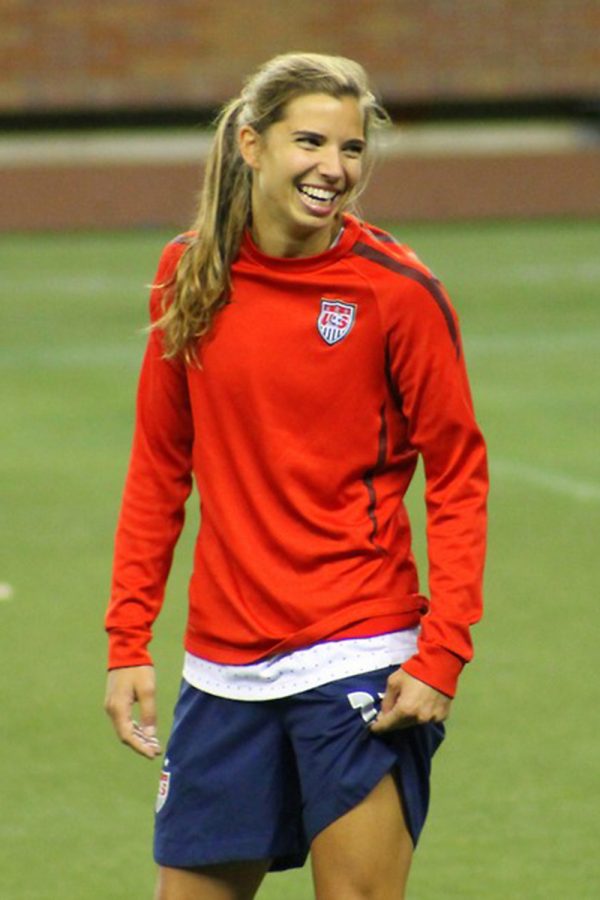 US Women's Soccer player Tobin Heath has moved to Manchester United in order to keep playing during covid.

As you know, the COVID-19 pandemic has caused our world to change in ways we would have never expected it. From how our hospitals operate to how we socialize with the family, life has radically changed. Everyone is taking this setback differently, and some U.S. athletes made some big decisions.

The United States is the highest in numbers when it comes to Coronavirus stats. With over 100,000 cases per day, athletes were not sure if they would ever play sports again. Because of this, many athletes did the unimaginable. They gathered their stuff and moved across the oceans to play overseas.

Many athletes made this decision because they want to get back to what they love doing, which is their job. According to Yahoo! Sports, “For some players, it’s over concerns that life won’t resume to normal anytime soon in America, where both cases and deaths are higher than for many similarly wealthy nations. Joining a team abroad is a way out of the mess the U.S. is dealing with.”

It is unknown when the United States will completely bounce back from this pandemic, or if we will, so players decide to change and get back to their duty.

Not only is the virus affecting the players, but the fans as well. Almost every national and professional sports team does not allow fans in the stadium, and if they do, it is a very limited number. Fans are experiencing a different point of view, especially for the athletes who have gone to play overseas.

In the National Women’s Soccer League (NWSL), numerous players have decided to leave their home country for a while to continue playing soccer. Tobin Heath, forward for the U.S. Women’s National team and midfielder for the Portland Thorns, left her current home city of Portland to play overseas with Manchester United F.C. This excited many of the soccer fans of Manchester United but saddened the U.S. soccer supporters.

While watching a player in your home country vs. a foreign country may seem the same, many things differentiate the two. As Corinne J., an 8th grader at Cooper Middle School, said, “Sometimes I don’t have the channel available, and time zones are also a struggle.” Players going overseas may seem like a positive thing, and it is for the players, but many clubs are scared fan viewership will decrease.

Until things return to normal, the U.S. sports fans will get an opportunity to watch some of their favorite players play in a whole new way.