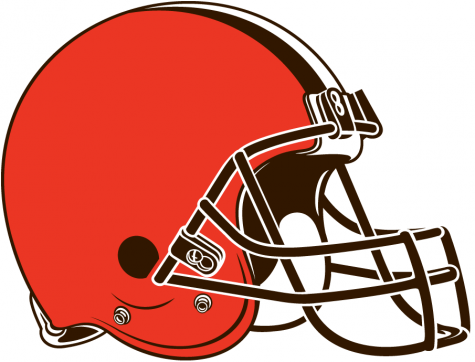 This was an electrifying rematch between two rising teams in the NFL. The Ravens had embarrassed the Browns in Week 1, and so the Browns wanted revenge. This is also pretty crucial for the Ravens getting to the playoffs.

It started off with the Browns with the ball, and they immediately got down to business, scoring a touchdown on the first drive. On the second play of the game, TE David Njoku caught a short pass that turned into 20 yards. Njoku caught another pass, this time for 11 to get into the red zone. Three plays later, RB Nick Chubb ran it in for 7 yards and the score.

Baltimore gets the kickoff and they come ready as well. A couple penalties help them get down the field, and on 3rd and 3, on the Cleveland 5, QB Lamar Jackson runs it in for another rushing touchdown. Cleveland starts their next drive with a big defensive pass interference. Later on 4th and 4, another pass interference helps the Browns to a first down. Then on fourth and eight, Cody Parkey attempts a 39 yard field goal, but he misses!

Both the Ravens and the Browns punt on their next drive, so now the Ravens have the ball. In the drive, there were some big plays like Jackson rushing for 20 yards or RB JK Dobbins rushing for 13 yards, and 25 yards in total for the drive. In some nice short plays, they are able to set up RB Gus Edwards 11 yard TD. After the extra point, the score is 14-7.

The Browns answer back, and during the drive, QB Baker Mayfield throws a deep bomb to WR Donovan Peoples-Jones, and it’s caught for 37 yards. Later, on 2nd and 2, Chubb gets his second rushing touchdown of the game, this time for 14 yards.

Both of the next plays are three and outs, and then the Ravens have the ball again. On third and ten, Jackson gets away from defenders after almost getting sacked and throws it perfectly down field to TE Mark Andrews for 39 yards. The next play, Jackson rushes it in again, this time for 17 yards and the score is 21-14. Cleveland tries to score again before the half, but they aren’t able to and it’s halftime.

Right after the half, the Ravens have the ball, and they score again! On third and three, Jackson gets another big play, and this time it’s a 44-yard rush that sets up the TD on the next play. Edwards gets his second touchdown of the game, and the score is 28-14.

The Browns answer back when RB Kareem Hunt gets a 5 yard touchdown. Cody Parkey misses the extra point on that drive. Baltimore punts, but on the first play of the next Cleveland drive, Mayfield throws an interception that is returned to the one yard line! The Ravens capitalize and immediately score with rookie Dobbins. The extra point is blocked, so the score is 34-20. All of the scores in this game have been a rushing TD by Jackson, Hunt, Edwards, Chubb, and Dobbins.

The Browns get back to business, and they score a touchdown. Mayfield passes to WR Rashard Higgins for the touchdown on fourth down. This is the first passing touchdown of the game. They go for two, and they get it when Mayfield throws it to Hunt. Hunt bobbles it and doesn’t catch it, although Peoples-Jones is behind him to get the score! They make it 34-28.

When the Ravens get the ball back, Trace McSorley replaces Jackson because of cramps. After WR Marquise “Hollywood” Brown drops a catch, the Ravens punt. The Browns capitalize and they score again with Baker Mayfield; this time he runs it in and finishes with a slide. The score is now 34-35 Browns.

Ravens get back at it and they score. McSorley was hurt, so Jackson came back in. On his first play back, he throws a bomb to a wide open Marquise Brown for the touchdown! They go for two and get it with Dobbins to make it 42-35. In four plays, the Browns answer back with a touchdown, so it’s not over yet!

On the first play of the drive, Mayfield completes it to Peoples-Jones for 30 yards! He goes to WR Jarvis Landry, and then twice to Hunt for the score! It is now 42-42! With one minute left, the Ravens drive down the field. Jackson goes to Mark Andrews twice, both for 14 yards. Then, on the Browns’ seven with 7 seconds left, Justin Tucker hits a huge game winning 55 yard field goal! That will finish off the game and the Ravens win it 47-42 after another safety when the Browns try to muster one last play.

Both teams are still in playoff contention, although it may be close at the end. Notable players are Lamar Jackson, Baker Mayfield, Gus Edwards, Nick Chubb, and Kareem Hunt.