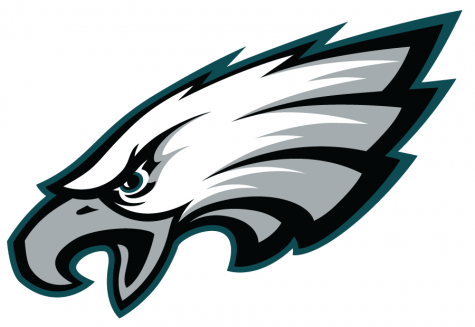 This game is a rematch between these two teams who played each other in the playoffs two years ago. The Saints won that game 20-14, although it was a close one. Both teams are starting a quarterback they probably didn’t expect to start early in the season, Rookie Jalen Hurts for Philadelphia and TE Taysom Hill for the Saints.

You may be wondering why a tight end is a starting QB and the answer to that is that Taysom Hill can basically do anything. He once blocked a punt and scored a TD with it, and he can run, pass, and return the ball. He replaced future Hall of Famer Drew Brees for QB after Brees had ELEVEN broken ribs! That’s a lot.

Jalen Hurts is starting his first NFL game today, and he ended up doing pretty well. He is replacing Carson Wentz who has not been able to perform for the team. Anyways, the Saints start with the ball, but go three and out and punt. Now it’s Eagles ball, and they are able to get up to the Saints 34 yard line. It is fourth and two and the Eagles decide to go for it, and don’t get it, wasting a field goal opportunity, even if it was a long one.

The Saints try to capitalize, but then they end up turning it over on downs when they miss a 45 yard field goal. The Eagles come back on the field and on their second play of the drive, Hurts looks around and then throws the ball about 5 yards to WR Jalen Reagor, but then Reagor runs along the sideline and gets much more for the first down. Soon the quarter ends and the scoreboard is still empty.

Later in the drive, it’s 4th and 2 again, and again the Eagles go for it, but this time it’s a good call as Hurts throws to WR Alshon Jeffery for the touchdown and the first points of the game! Saints punt again, and then the Eagles follow, but on the next Saints drive, on the third play of it, Hill tries to dump the ball off to pro running back Alvin Kamara, but he tips it and the play turns into an interception!

The Eagles start off with good field position, and they score a field goal to make their lead 10-0. Saints punt again, and the Eagles continue to devastate them as they score their second touchdown. It was a HUGE 82 yard run by RB Miles Sanders, and they really take control over the game!

No surprise, New Orleans punts, and the Eagles try to get a few more points on the board before the half. A couple of  good plays set up a 22 yard field goal for Jake Elliot, but he MISSES! The score stays the same as they go into halftime.

The Eagles get the ball to start off the second half, but they punt, which allows the Saints to get their first score of the game. A long 5 minute drive finally ends when Kamara runs it for the touchdown, now making the score 17-7. The Eagles get the ball back, and they start going down the field quickly, getting multiple 5-7 yard plays, although they try going for it on fourth and one and don’t get it. They have gone for it on basically every fourth and short, with most of them paying off, but some of them not, like this one. The play was a QB Sneak, but it surprisingly doesn’t work.

The Saints offense capitalizes, and in four plays, they go 60 yards for their second touchdown in a row. On the third play, Hill goes to WR Michael Thomas for 22 yards, and then goes to WR Emmanuel Sanders for the 37-yard TD. Eagles punt, but they get the ball back when Hill is sacked and fumbles!

It was a fourth and two for New Orleans, but they turned it over with the fumble. The Eagles are around the 50 yard line, and they drive down to score a touchdown. On the third play of the drive, Jalen Reager gets 19 yards running. They later score with Miles Sanders on a one yard rush. Saints try to answer back, but on a crucial third and eight play, Hill gets sacked again, forcing them to take a field goal.

It is 57 yards, but it is important to try to get the game closer, but Wil Lutz isn’t able to convert. The game isn’t over yet though, as on the second play of the next Eagles drive, Jalen Hurts FUMBLES, and the Saints still have a small chance to win! In 18 seconds, the Saints go 51 yards and score a touchdown!

The first play was a 31 yard pass to WR Tre’Quan Smith. The next play was incomplete, but then on second and ten, Hill goes to TE Jared Cook for 20 yards and a touchdown! They make the score 21-24 after the extra point. They try an offside kick but don’t get it, so the Eagles just end up finishing off the game, winning it in a close thriller.

The Saints get upset, but they still have a good enough record to do well in the playoffs. While this is good for Jalen Hurts future as he put up an impressive display, getting more than 100 yards passing and running. Notable players include Jalen Hurts, Michael Thomas, Miles Sanders, Emmanuel Sanders, and Alvin Kamara.