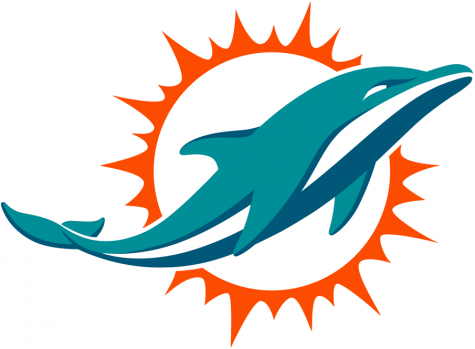 The Chiefs and the Dolphins face off in Miami with the Dolphins seeking a spot in the playoff and a win against the Chiefs. This is going to be a close match between these two rising teams.

The first five minutes of the game are rather uneventful, leading to no scores. When Super Bowl 54 MVP QB Patrick Mahomes gets his hands on the ball, the Chiefs are ready to start tearing down the field after the Dolphins unsuccessful first drive. After getting to the 48-yard line, Mahomes makes an impossible pass, flinging the ball nearly 15 yards from behind the line of scrimmage, all the way to TE Travis Kelce who is pushed out of bounds in Dolphins 35-yard line!

The Chiefs decide to run the ball for a first down, but after a penalty to put them back. This leads to a tipped pass, and then to an interception by Mahomes. Rookie Tua Tagovailoa is able to get the Dolphins into field goal range, however they are unsuccessful on the 45-yard attempt. Later, Chiefs are faced with a close turnover, however the potential fumble is recovered. Mahomes is sacked by Jerome Baker, who puts the Chiefs back to the 5 from the thirty.

A big 25 sack helps out Miami a lot. The Dolphins defense in the first quarter alone had already made multiple key plays. The Dolphins game is looking really good and a few passes from Tua gets them into the red zone. A first and goal pass to Mike Gesicki earns the Dolphins first score and puts them in a seven point lead after making the PAT.  An open WR, Sammy Watkins for the Chiefs, is what they need to get into Dolphins’ territory for another time, however this drive leads to a second interception by Mahomes, ending the first quarter.

Off the turnover the Dolphins can’t score a touchdown, however Jason Sanders does score a field goal. Travis Kelce makes another explosive play, hoping to end this drive with a score instead of another turnover. Kelce again gets the ball, and runs it to a second and one. After a couple of downs, Tyreek Hill catches a pass, and blazes down the sideline, scoring a touchdown. Sacks are made for both teams, and neither can get a score.

When Tua takes a shot down the field the pass is picked off by S Tyrann Mathieu. The Chiefs once again start moving with bullet passes, trying to capitalize before the half. Travis Kelce is successful in catching a touchdown pass, and gets the Chiefs the lead.

The Chiefs differed at the start of the game, allowing them to get the ball back after the half, and they did not disappoint. Despite the two turnovers the Chiefs offense looks different coming out of the locker room. In a matter of 2:49 of game time before the half, the Chiefs scored their third consecutive touchdown on a pass to Tyreek Hill. With a PAT the Chiefs have the game up at 21-10.

The Dolphins are forced to punt, and WR and returner Mecole Hardman runs it back all the way for another touchdown! The Dolphins for another two drives are unsuccessful, and on one they even get a safety. The Chiefs have now scored 30 points unanswered, and the game is looking pretty bad for the Dolphins.

The Dolphins are still at 10 points by the time the third quarter ends. The Chiefs make their way back down the field, and Mahomes throws his third interception, which was more than he had thrown all season previously! Tua is now rolling with a few strong passes leading the team down the field. Gesicki receives another touchdown pass from Tua, and the Dolphins are now in a two score game.

Dolphins get a sack, and have the ball on offense now. Inside the red zone a PI call on Sorensen puts the Dolphins at the 1-yard line. Pushing it through into the end zone under a pile of bodies the Dolphins score again.

The Chiefs aren’t able to convert on a third down, but on fourth, Hill runs down the field for the first. This sets up a field goal from 46-yards. Now a 33-24 score the Dolphins get one last field goal, and end out the game giving the Chiefs only a one score game!

It was a great game played by both sides. The Chiefs have one of their closest games of the season. Notable players include Travis Kelce, Tyreek Hill, Jason Sanders, Tua Tagovailoa, and Mike Gesicki.