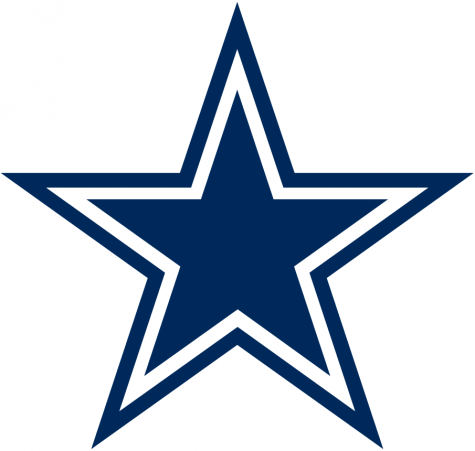 This game is a battle between two disappointing teams. Both teams had higher expectations and have had QB injuries.

The 49ers start with the ball, but they punt, and so do the Cowboys on their next drive. On the return for San Francisco, WR Richie James, the returner, FUMBLES, and the Cowboys get the ball right back, this time in much better field goal position.

The next 5 plays all involve RB Tony Pollard either running or passing plays, and the drive finishes with a 1-yard Tony Pollard rush. Pollard is playing because their star running back Ezekiel Elliott is hurt. 49er misfortune continues as their next drive ends in a fumble by their backup QB Nick Mullens, which then leads to a second Cowboys touchdown, both in the first ten minutes of the first quarter.

The other backup, QB Andy Dalton, who is playing for the injured Dak Prescott, throws a 3-yard pass to WR Michael Gallup for the score. The 49ers finally answer back as they go 75 yards in 13 plays for their first touchdown. A couple of good plays by WR Kendrick Bourne and RB Raheem Mostert set up a 5-yard connection between Mullens and the former Washington Football Team TE Jordan Reed, making the score 14-7. The Cowboys offense continues their scoring streak as they get a 48-yard field goal by Greg Zuerlein.

The 49ers next drive is the same number of yards and plays as their previous touchdown drive, but is about 10 seconds longer. This next one is also a touchdown, which is now a 2 yard “pass” to WR Brandon Aiyuk to make the score 14-17. It was a forward toss, so those count as a pass. Aiyuk came around the offensive line and got a toss from Mullens to convert on fourth and goal.

Neither team can keep up their scoring streak as both punt, so now the Cowboys have the ball back. The Cowboys try going for a 60-yard field goal and obviously don’t get it, so it’s back to the 49ers. There is only a couple seconds left in the half, so the 49ers just kneel to go into halftime.

Cowboys start off the second half, but they go three and out and punt. The 49ers tie the game up with a field goal, which is for 41 yards. A big pass to Richie James gets them downfield, setting up the field goal. The Cowboys respond with a huge 45 yard pass to rookie WR CeeDee Lamb on the fifth play of their next drive, and that sets up a 12 yard reception touchdown by TE Dalton Schultz. The 49ers do the same as they score a touchdown in 11 plays.

One play that helped the 49ers get down the field was when fullback Kyle Juszczyk catches a 25-yard throw to get inside the Dallas 30. Later, on first and goal, RB Jeff Wilson Jr, who had a phenomenal game against the Patriots earlier this season, runs it in for a 1-yard touchdown.

Both teams punt next, and the Cowboys punt again, so now the 49ers have the ball, although on the fifth play of their drive, Mullens throws his first pick of the game, which was intended for Jordan Reed! The Cowboys get a 46-yard field goal with it and make the score 27-24.

Both teams punt again, and the 49ers have the ball again, and Mullens throws another pick, this time intended for Aiyuk, which was the same thing that happened the last time each team punted back to back. The Cowboys have good field position now, and in two plays, Tony Pollard single handedly gets 46 yards and another touchdown! His first run went 6 yards, his second went 40. This now makes the game 34-24.

The next 49ers drive can only muster a field goal, so they kick it off back to Dallas with the score 34-27. During the drive, CJ Beathard replaced Nick Mullens as QB. Lamb is the returner for the Cowboys, and he gets a 47-yard kick return touchdown on the onside kick!

That will finish the game off for the Cowboys, although San Francisco is still able to score one more time on a Hail Mary, which is CJ Beathard to Kendrick Bourne for 49 yards and the last second touchdown, but the game will still end as a Cowboy win. The game ends 33-41 Cowboys, and this keeps the Cowboys alive in the playoffs.