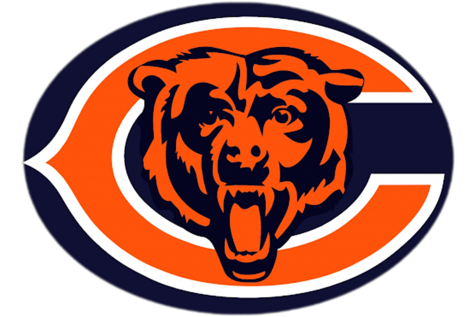 These two teams came into the game both with losing records, each being 6-7, and both of them were looking for a chance to improve that with this game.

The Bears start with the ball, and get all the way down to about midfield. However quarterback Mitch Trubisky takes a hard sack forcing the Bears to end their drive with a punt to the Vikings. The Bears retaliate, immediately getting a sack themselves, and holding the Vikings to punt the ball.

RB David Montgomery makes an explosive run landing him inside of the 40-yard line. This sets the Bears up for a sideline throw inside the 10-yard line, and makes it go from a third and three to a first and goal. QB Mitch Trubisky gets a nice touchdown pass for the Bears to WR Darnell Mooney, throwing a complete pass under pressure. This gives the Bears a 7-0 lead over the Vikings.

The Vikings now have the ball. QB Kirk Cousins gets into Bears territory with a pass to the tight end Irv Smith Jr, and is ready to keep driving down the field. RB Dalvin Cook gets a solid run, and allows the Vikings a first down. Cousins throws inside the ten, and the Vikings are hoping to score a touchdown, and tie the game up. On a third and goal, the Vikings successfully passed into the endzone to star wide receiver Adam Thielen who was wide open. After putting six points onto the board, the Vikings earn another point by making the PAT (Point After Touchdown).

The Bears receive the kickoff, and on the first play gain nearly 20 yards on a play action pass. Chicago is able to make several first downs, and moves within field goal range. Cario Santos kicks a 42-yard field goal, and retakes the lead over the Vikings.

The Bear’s defense makes the stop, and ends up with the football in the first few minutes of the second quarter. They continue to get solid 15-yard plays, and next thing you know, they are in the red zone. Third and goal, the Bears hammer it through into the end zone with David Montgomery after Mitch Trubisky scrambles for seven yards. The Bears are looking to have a strong 10-point lead, and the odds are currently leaning in their favor.

The Vikings continue to be inconsistent on offense, and are unable to convert on fourth and short. Todd Davis, the linebacker, blocks a pass, forcing the Bears to settle for a field goal after the strong drive after the turnover. The Minnesota Vikings pick up their offense, and start getting some yards on the board, with a scramble from Cousins, and a several runs by Cook. After all of that, the Vikings are held to a field goal making the score 20-10.

Entering the second half, we see the Vikings driving down the field again, ready to score a second time. The drive ends with a short touchdown run by Dalvin Cook, making the game winnable for the Vikings again. Montgomery for the Bears runs some good plays, and puts them into enemy territory. Montgomery is going to finish it too, and he punches his way into the end zone with a fourteen yard run. This gives the Bears another sustainable lead.

TE Tyler Conklin for the Vikings is able to put the team into the red zone. Following Cousins incompletion, the Vikings were forced to attempt a field goal, making the game one score. To end the third quarter we see Trubisky make a deep pass to an open Darnell Mooney.

The Bears take back the ten point lead again, and are able to sustain a strong forefront. Kirk Cousins is sacked for 9 yards, however the drive will later be saved by a pass interference call on the Bears. The Vikings are able to capitalize on this unfortunate penalty, and score a touchdown with 7 minutes remaining. The game is 30 to 27 now, and the Bears just need to score for a likely win.

The Bears run the ball, and the clock, to 3 minutes, only to throw a horrible interception into the end zone, which results in a touchback for the Vikings. The Vikings are looking up, but on a fourth and one the pressure for Cousins is too much. He is forced to throw the ball away, giving the ball back to the Bears in a turnover on downs.

The Bears take a field goal after this, giving the Vikings a minute to score a touchdown. The Vikings, in panic, start shooting down the field at great speeds. They make a last second Hail Mary pass, but it is intercepted to end the game. The Bears win a 33-27 victory and move out of a losing record.

This was a game with the Bears always ahead, but the Vikings were never much behind. Notable players include Mitchell Trubisky, David Montgomery, and Dalvin Cook.