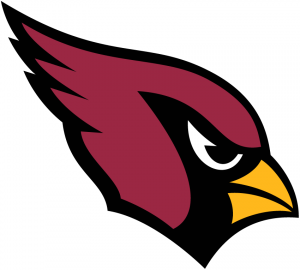 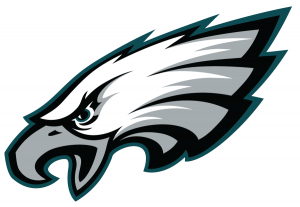 It is the upsetting Eagles’ face-off against the slipping Cardinals in Arizona. The Eagles have just come off a big win against New Orleans and the Cardinals have lost 3 of their last 4 games. Rookie QB Jalen Hurts is replacing the failing Carson Wentz for the second time this season. The Cardinals get the ball first, but their drive ends in star wide receiver DeAndre Hopkins fumbling. He found out he was wearing the wrong size gloves, and that may be the reason since later he had a spectacular game.

The Eagles were at their own ten when the Cardinals defense were able to capitalize on position and make a great play when they forced Hurts to throw it away. It was Intentional Grounding, and since Hurts was in the end zone during the penalty, it was a safety.

Later, the Cardinals got the ball back after a punt by both teams. An Unnecessary Roughness and a big 42-yard-pass to TE Maxx Williams sets up a touchdown. QB Kyler Murray was able to run it in for the score. After the extra point, the score is 9-0 Cardinals.

Eagles misfortune continues as the Cardinals are able to block an Eagles punt. The ball goes out of bounds at the Philadelphia six. Two plays later, Murray throws a short pass to RB Chase Edmonds for another touchdown. This time, the Eagles offense strikes back and in seven plays, they are able to score a TD.

In the drive, WR Alshon Jeffrey gets a big catch for 24 yards to move the chains. Later, on a third and twenty, a screen pass to WR Quez Watkins results in the thirty-two yard touchdown. Eagles are finally able to get some points on the board as now the score is 16-7.

The next play by the Cardinals is a huge 45 yard catch by Hopkins. He had two defenders in his face but was still able to catch the ball! This and some other smaller plays sets up a 40 yard field goal by Mike Nugent, and he makes it 19-7. The Eagles punt again. The next drive for the Cardinals is over almost immediately when Murray fumbles the ball.

The Eagles get great field position and they score a touchdown in five plays. On fourth down and three, Hurts throws to WR Greg Ward for the touchdown. The score is now 19-14. The next Cardinals drive, TE Dan Arnold gets two important plays, a 21-yard catch and a 23-yard catch. On first and goal, Murray fumbles AGAIN, but it is recovered by one of his teammates.

The next play, Murray connects to future Hall of Famer WR Larry Fitzgerald for the 14 yard score. The extra point makes it 26-14 Cards, but that doesn’t stop the Eagles. These two teams keep trading blows back and forth, and with two minutes left in the first half, the Eagles start driving. On first and ten, Hurts throws a deep ball to TE Zach Ertz for 42 yards. Finally on third and goal, Hurts throws it to Greg Ward who gets his second TD of the game. He gets a total of 4 catches for 15 yards and two touchdowns in the game.  After the TD, the Eagles go for two, but they fall short when Miles Sanders can’t get to the end zone.

After the half, Eagles get the ball, but they punt. Both teams punt one more time after that. When the Cardinals get the ball back after Philly’s second punt, Kyler Murray throws an INT, the first of the game. The Eagles capitalize on that turnover and they drive down 80 yards for another touchdown. WR Jalen Reagor gets a nice 23 yard catch on third and 29 to help set up an easier 4th down. The Eagles go for it and Hurts gets 17 yards on the ground to move the chains.

On first and goal, Hurts gets a 7-yard rushing TD. They go for two again, and again don’t get it. The Cardinals can’t strike back as they turn it over on downs the next drive, although they did fake a punt earlier in the drive that worked. Eagles then punt, and then Arizona scores again. Murray goes back to Hopkins for 44 yards during the drive. On third and two, Murray passes to Hopkins for 20 yard and the touchdown. The score becomes 33-26. The Eagles then turn it over on downs.

After the Cardinals punt, the Eagles have one more chance. The drive doesn’t go anywhere, and the game ends with Arizona on top, 33-26. A great game played by both teams, especially Rookie Jalen Hurts in his second career start. He had 4 TD’s and no fumbles or INT’s, and he fell just short of winning two in a row. The Cardinals now go on for a streak of 2 wins, but can they keep it up?

Some notable players from this game include Jalen Hurts, Greg Ward, and DeAndre Hopkins.